As we begin a new year I wanted to quickly recap some of the great things that happened to me in 2016. Many people may argue that 2016 was a year to forget; what with Brexit, the US presidential election & an absurd number of deaths in the celebrity world (RIP George Michael). However, 2016 was a pretty good year for me, especially in a data sense. Here are some of my highlights.

On a cold Sunday in February I travelled to Birmingham to attend an Infographics workshop delivered by Caroline Beavon. Caroline is a visual journalist & infographics designer and has a vast portfolio of work in the field. The course itself was fantastic and sparked my interest in infographics. It was on this course that I first met Waseem Ali (Cloudstream Partners) who has since become a familiar name within the Tableau community.

Later in February I plucked up the courage to submit my first #MakeoverMonday entry (also my first upload to Tableau Public):

I was incredibly nervous about sharing my work in Tableau for the first time (outside of work). Yes, it was a very basic design but it represented my first non-work related viz so was a significant achievement for me. I went on to complete a total of 17 #MakeoverMonday ‘s throughout the year (not as many as I would have liked but I vow to take part every week this year!). I learnt something new every single week I participated and would highly recommend taking part in the project to anyone that uses Tableau, whatever your skill level.

In May I attended my first London TUG meeting at the Google offices. This was a fantastic TUG session (one of my favourites to date) with talks from Andy Cotgreave and Andy Kirk amongst others. Little did I know at the time that I would end the year as a co-leader of the London TUG!

In June I attended my second Tableau on Tour in London. This was a completely different experience to the previous year. When I attended in 2015 I was on my own for most of the conference and (regrettably) spoke to very few people throughout the three days. This year I attended with fellow data friend, partner in crime and previous Mitie colleague Becca Abrahams and my analyst Joseph Poltorak. Having introduced Becca & Joseph to Waseem at the TUG a few weeks previous we bumped into each other again at the Welcome Reception and spent much of the following days together, along with Waseem’s colleague Andrew Lang. The conference was a blast with some fantastic sessions and social events and I was fortunate enough to meet lot more data rockstars and community members this time around! Here are a few of my highlights: 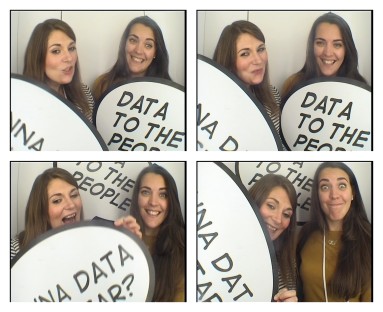 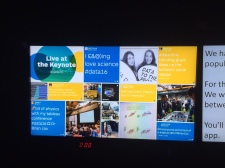 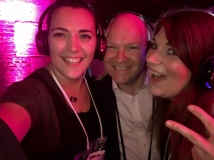 On 7th July I attended the Zens on Tour session in London. The UK-based Tableau Zen Masters (Craig Bloodworth, Matt Francis, Andy Kriebel and Rob Radburn) had spent the week touring the country with Andy Cotgreave, ending the week at the final session I attended. The morning session consisted of a live #MakeoverMonday using the (now famous) climate change data set. Attendees had an hour to produce a viz with the dataset and ‘volunteers’ could present their vizzes. My friend Becca Abrahams had attended the session the day before in Birmingham where Andy Kriebel  volunteered her to present her viz to the audience first (much to her despair) so I had a feeling I might be in for the same fate. I was right! Nevertheless it was a fun day and a good chance to catch up with people from the Tableau community.

On 12th July I received a phone call from Tom Brown from the Information Lab, completely out of the blue. Tom called to inform me that I was the lucky winner of a ticket to #Data16 in Austin following a competition I had entered at the London conference! Wow! I couldn’t believe my luck and spend the rest of the day in shock! It was weird to think that only a few days before at the Zens on Tour session I had been complaining to Paul Banoub that it was looking unlikely I would be able to make it to Austin. Funny how quickly things can change!

August to October were a quieter few months for me data-wise. I was busy with various projects at work but still managed to squeeze in another fantastic TUG at Deloitte Digital in September with presentations from (my soon-to-be) #data16 friends Nai Louza & Lorna Eden amongst others.

The highlight of my year was #Data16 in Austin in November! I’ve already blogged about my conference experience separately (#Data16 blog) but here are a few pictures: 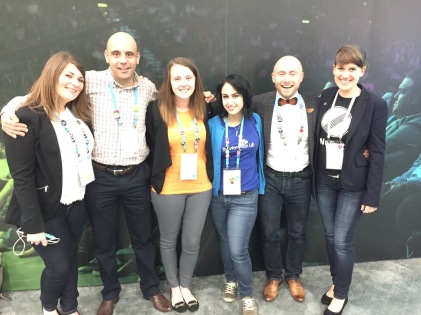 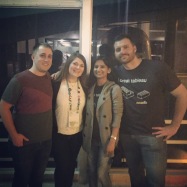 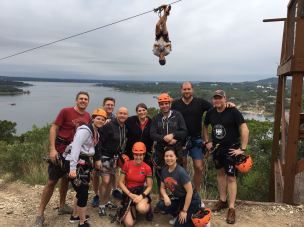 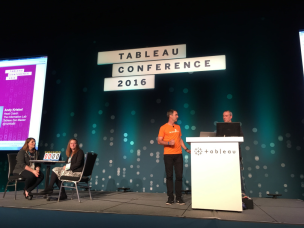 Upon my return from Austin I was keen to produce a viz using a data set I had sourced myself (rather than from Makeover Monday). After hearing about the rise in prison suicides in the UK on the news I decided to research the subject in the hope of finding some data. I was in luck and managed to find all of the data I needed to build a viz in an article published by The Howard League for Penal Reform. After sharing my viz on Twitter the Howard League contacted me to ask for my permission to publish the viz on their website. Obviously I accepted and was honoured they had recognised my efforts. You can view their updated article (including my viz) here. Chloe Tseng also contacted me about the viz and it is now published on her #vizforsocialgood website. Viz for Social Good is a platform for data visualisation enthusiasts who aspire to empower mission-driven organisations and increase awareness of social issues through beautiful and informative visualisations.

I won’t go into too much detail on the viz or my findings here as I have a separate blog post on the topic which I’ll be publishing soon. 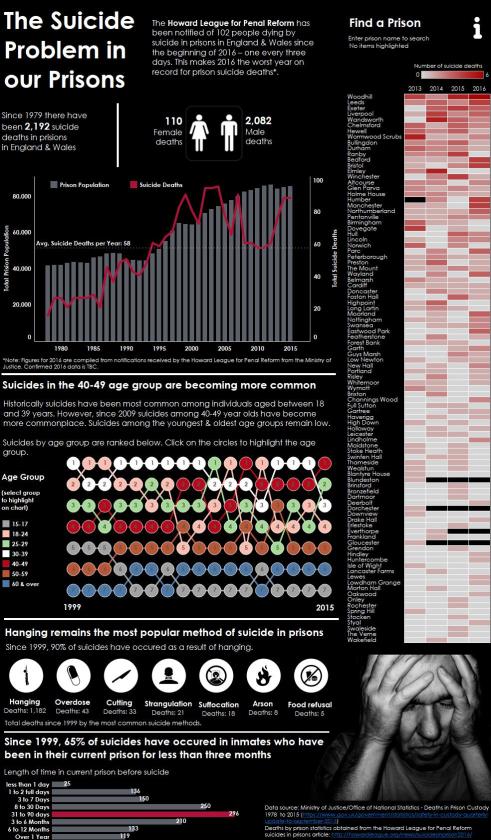 Following conversations with the #London TUG leaders in Austin I (along with David Pires) am fortunate to now be co-leader of the London TUG. David and myself attended our first TUG as co-leaders in December. The December TUG meeting was one of the larger meetings of the year and was fantastic event with presentations from Dr Laura Schofield, Mel Stephenson, Chris Love and myself! We have already begun planning the TUG events for 2017 and have some great ideas in the pipeline.

2016 was a fantastic year but I am thoroughly looking forward to 2017. I am determined to strengthen my Tableau skills further this year and hope to sit the Tableau Qualified Associate exam in the next few months. I am also looking forward to all Tableau events coming up; namely the London TUG’s, Tableau on Tour (London) in June and of course Vegas in October!

Happy new year and thanks for reading!